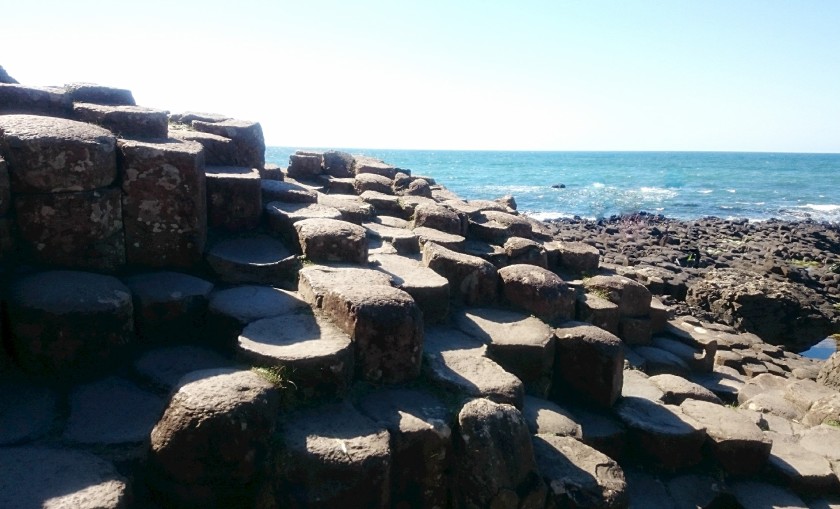 I’m an extremely positive person by nature but even I’m finding it difficult to think of one reason why someone should visit The Giant’s Causeway.

In short, it’s a complete and utter waste of time and money not to mention massively underwhelming. It’s also a bad sign when the accompanying visitor centre is more impressive than the actual landmark itself.

There’s genuinely nothing special about The Giants Causeway. It’s the legend behind the landmark that makes it special. That said, it’s still not worth the hugely over-priced entry fee. 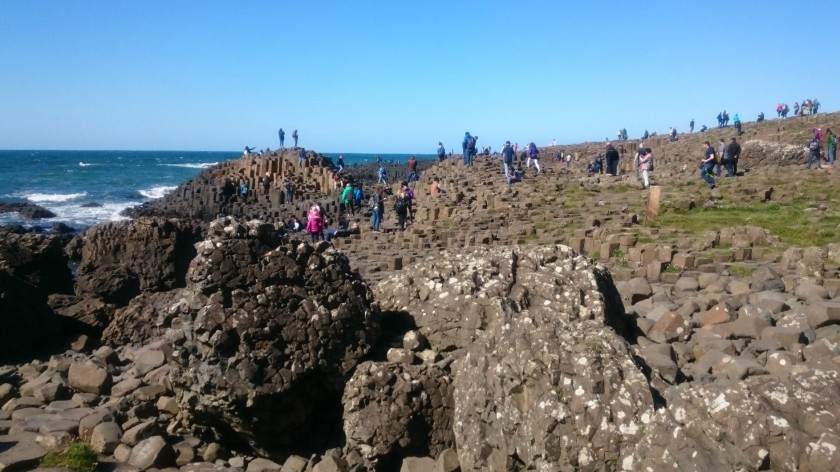 Sightseers tend to flank the rocks, so if you are going there for the purpose of photographing the limestone stacks, then I would strongly advise arriving there early in the morning and preferably during off-season, otherwise it won’t be possible to get those uninterrupted ‘postcard shots’.

My reason for visiting was not for the photography aspect. It was simply a place I had always wanted to see because I had read about it at school as a kid. The pictures we were shown, combined with the story of the legend behind it, made it look like an incredible place.

It’s only when you get there that you realise just how photoshopped most of the Giant’s Causeway pictures are.

It’s a long-ish walk from the tourist centre to the actual site, so if you don’t fancy the trek, then I would recommend that you wait for the bus that goes to and from the site every few minutes. The bus fare is separate to the fee you have already paid to access the site.

I feel sorry for the tourists who flock to this site not realising that there are so many other places far more worthy of their interest. If it’s on your bucket list, then by all means go see it, but if it’s a place that you were thinking of visiting in the belief that it would be astonishingly beautiful, then don’t bother.

To be completely honest, this whole site is a complete money racket as far as I’m concerned. If the landmark itself was worth it, then I wouldn’t have a problem, but it’s not worth it.

Do yourself a favour and save your time for the Carrick-a-Rede Rope.

Trust me on this one.

Shades of Autumn in Galway

A Sunday In The Burren!